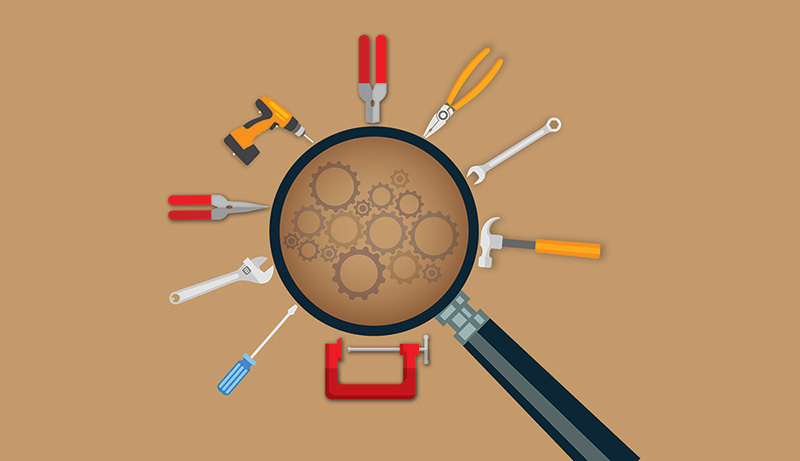 In this era of technical advancement, automation is everywhere – redefining and transforming how jobs are done and this disruption has already passed onto Software Testing. Because of their stringent business goals, organizations are now in a race to achieve faster time to market and reduce the time spent on testing an application before its release. Automation Testing has become a necessary tool for organizations to get the most of the agile models and to release software faster with high quality.

The adoption of automation testing across organizations has seen a sea change in the recent past years; according to Transparency Market Research (TMR) report, the global test automation market stood at US$12.91 billion in 2015 and it is predicted to touch US$85.84 billion by 2024 end. So, it is evident that adopting automation in Software Testing is inevitable but you need to find answers for a few questions before you implement it to get the most out of it.

The first interrogation raises, whether automation testing is really needed or not

When agile methodologies have disrupted how software is developed, it also impacted how software is tested, making it be carried out throughout the development lifecycle. In agile, there will be multiple releases for a software, where changes are welcomed to be adopted into development. So, regression test cycles are very common and doing them manually consumes a lot of time and effort, hence delay in the release. Agile is all about faster time to market and reaching the market with previous release’s bug fixes and new features. But Manual regression testing has become a bottleneck to achieving the goals of agile, so the necessity to automate the testing tasks that are repetitive in nature came into huge demand thus giving the scope of automation testing to evolve.

Now, coming back to the debate, automation is essential when you have a lot of repetitive testing tasks which will save your testing team’s time and enable them to focus on improving the quality of software before its release.

Implementing a right automation testing tool could work as an asset by achieving business goals and leaving with fruiticious outcome after the product is released into the market. The prevailing DevOps and Agile trend accompanied by Continuous Delivery has made it more complex to figure out the exactly required testing tool. To select the right testing tool and to meet the requirements as per desired, one should consider the below mentioned suggestions:

Consider a tool that works on all operating systems

Consider a tool that has the built-in intuitiveness for users

Drawing your attention back to the debate, Automation Testing can offer better experience if it is combined with manual testing. The significance of manual testing is never fading due to its own arrangement of benefits which it offers. Instead of comparing the two, you should impose both which will give you a more clear picture of how they are inseparable. This move will speed up the testing procedure and will deliver productivity. So, the tool which is selected for automation testing must be capable of collaboratively working with manual testing practice.

Consider a tool that assists you in agile practices

Consider a tool that’s packed with Features and Impressive Reporting

Roll your eyes at the people near you, there are software testers who are yearning to accumulate such tools which could be of utmost help in their everyday task. In the below paragraph, I am going to give a list of the most prevailing and trending software testing automation tools which can assist any software tester.

Though Selenium has a lot of advantages and it is available for free, organizations have to invest a lot of time and effort in building a framework around Selenium by integrating it with third party frameworks as it doesn’t have certain functionalities that are required for automation testing like reporting.

If you are one among those who don’t want to invest time or effort in developing a Selenium Test Automation framework for your automation testing needs, then you can go for commercial tools that are readily available to kick start.

ClicAutomate, from ClicTest, a script-less test automation tool which expedites automation testing of web applications with a wizard driven approach. It requires no technical knowledge to perform automation testing, and it focuses on empowering manual testers and subject matter experts to automate testing activities that are repetitive in nature without writing a single line of code.

Some of the features of ClicAutomate include:

Different tools serve different purposes, the selection of tool should be done on the basis of your project requirements and application under test. Whatever tool you pick, it should empower you in achieving your automation testing goals.