The Uncovered Importance of Manual Testers for Software Quality Assurance

The goal of every IT organization is to deliver a quality software to their clientele, and to complement their goal they give the highest priority to Software Testing. Automation testing acts as an accelerator to their time to market by saving time and effort, and manual testing will remain as the core for quality software delivery.

There are many reports and blogs published in the recent times mentioning “ Manual Testing will be killed by Automation Testing ”, but it won’t be the scenario.

What’s the difference between Manual Testers and Automation Test Engineers? 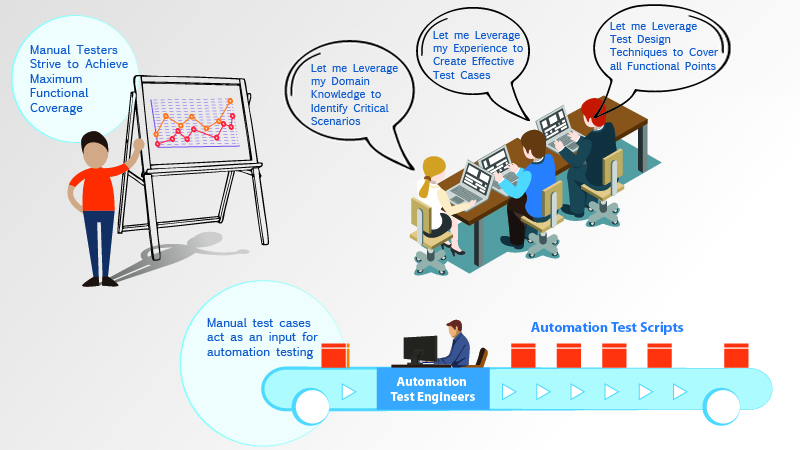 No, not at all. Automation test engineers leverage automation testing tools to automate the execution of test cases instead of doing it manually. They automate only the repetitive process of executing regression test suites. Whereas, Manual testers strive to achieve maximum functional coverage while testing an application.

How about Empowering Manual Testers to do Automation Testing?

If a manual tester performs automation testing, then the following can be achieved

“Let’s Recognize the Importance and Skillset of Manual Testers and Leverage them to Deliver Quality Software”.